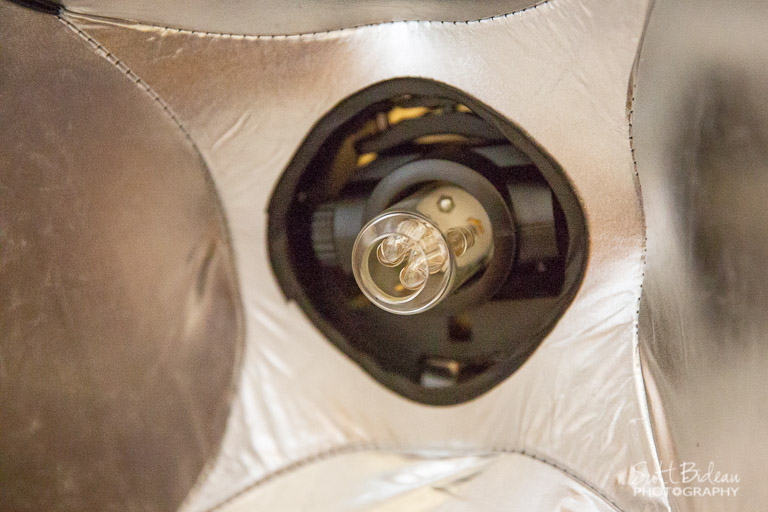 The Godox AD200  cordless flash mounts very easily into any Bowens mount softbox using the included bare bulb and an optional S-Type Bracket. But, as you can see from the image above, some light leaks out the bracket holes while also being absorbed by the black plastic instead of reflected out your softbox toward the subject being photographed. Here’s how a $15 accessory cures the problem to provide about 1/2 stop of additional flash power! 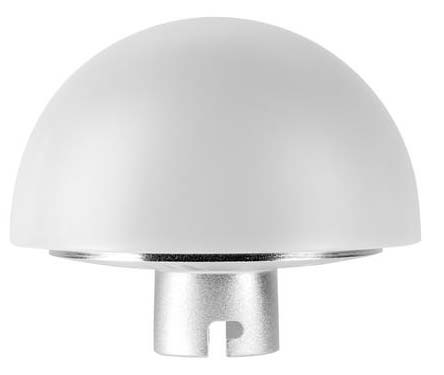 The Godox AD-S17 is actually designed and marketed as a dome diffuser. You can certainly use it as such directly on certain Godox bare bulb flashes when softer light is desired but a softbox isn’t practical. 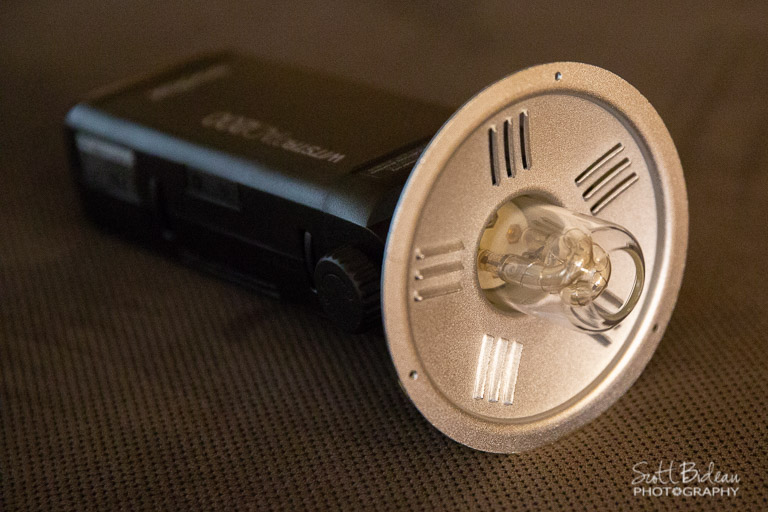 But for the ultimate light efficiency inside a softbox, you can simply remove three screws and temporarily discard the dome diffuser, mount just the metal reflector to an AD200, and then insert the combo through the S-Type Bracket from the front side of the softbox. 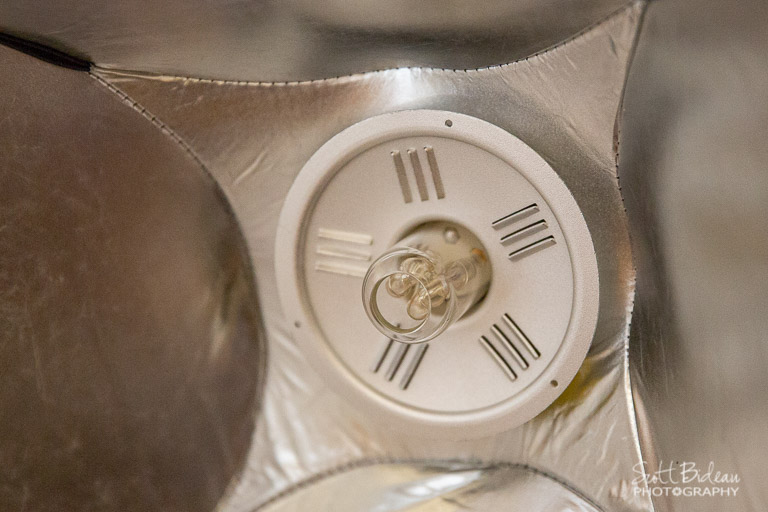 Here’s the final result. No big holes (beyond angled vents). No black plastic to soak up your light power. 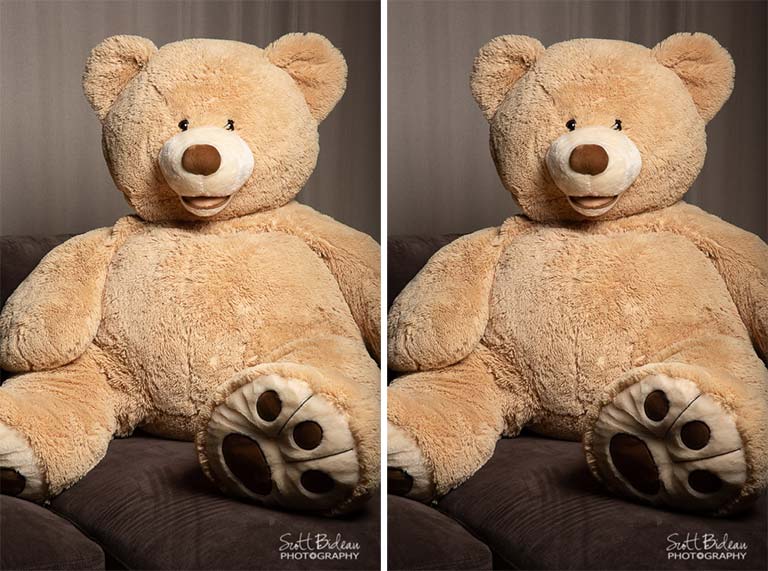 To test the difference, I grabbed one of my kid’s huge teddy bears and fired a few comparison shots. Both are at ISO100, f/14, and 1/200 camera exposure. Both had the flash power set to full (1/1). The left image was taken with a modified (dome removed) Godox AD-S17 mounted to the AD200‘s bare bulb and placed inside of a Godox 32″ x 32″ softbox with S-Type Bracket. The right image was the same flash and softbox configuration without the reflector.

DISCLAIMER: No stuffed animals were harmed during this experiment. On the contrary, I think “Beary” enjoyed the attention! 🙂

One of the few bike parks features I can handle...

Finally got unskunked on the Uncompahgre. My 10-ye

My 10-year old daughter and I have started tying o

Finally tired him out.

A blue line on a map.

Tied her own pheasant tail nymph and then caught a

Despite several imperfections in the fly, I was pr

My skis are in there somewhere. #tbt to a time whe

My new before work routine.

My daughter was pretty stoked to have her bikepack

Came for the fishing, stayed for the snorkeling...

My 1st bluegill on the fly.

Found a great hole on Oak Creek. Didn’t even wan

My daughter has outgrown the doll house that we bu

Finally got unskunked on Oak Creek in Sedona. Caug

This little guy will follow my tires anywhere. #ma

Backcountry camping at the bottom of a sand dune a

All Contents Copyright © 2021 Scott Bideau and GetOutThereAndExplore.com. All Rights Reserved.

Site contents are provided for entertainment purposes only and should not be construed as professional advice. Written permission is required for any use and/or duplication of site contents except for the utilization of brief excerpts when linking to or discussing an article, provided that credit is given to Scott Bideau, which must include linking to the original content.